I came to the paleo lifestyle almost by chance, when a friend asked me for help with developing an almond flour based pizza crust. Intrigued, I asked him why, and he proceeded to tell me about the paleo diet, which he learned about at his local Crossfit Gym. Shortly thereafter I was visiting my chiropractor and asked him if he’d ever heard of the paleo diet. He immediately replied, “sure, in fact one of my former students has written a fantastic book on the subject”. Now I was really interested and upon further investigation, the concept made a lot of sense to me, and thus began my paleo journey.

A little background: I had spent the previous 20 years on various health programs; first becoming vegetarian and then vegan, and later moving on to food combining, raw food and at times an all fruitarian diet (I was also intrigued with breatharianism, but thankfully passed on that idea!). After twelve years of being a vegetarian, I was staying in SE Asia and the scent of meat roasting over an open fire was everywhere. Something very primal awoke in me, and I decided there and then that it was time to move on to a new viewpoint.

Obviously I was no stranger to changing my diet for health reasons and then evaluating the benefits. But nothing I had ever done before prepared me for the dramatic, immediate positive impact of going paleo. After just two weeks I knew that I had tapped into something fundamental and powerful. It was clear that this was no fad because feeling this good precludes any thoughts of going back to a “conventional wisdom” based health program. And I’m sure that many of you have had a similar experience, which is why you are here today visiting our store.

As it turned out, my chiropractor’s former student was noted author Nora Gedgaudas, and I was fortunate to meet with her, as we share the same hometown of Portland, Oregon. Nora arranged testing for gluten intolerance and general food allergies, even though I didn’t have any of the typical outward symptoms. Much to my surprise, the test results showed that I was extremely allergic to gluten, coffee, casein (the protein in milk) and just about all grains. About the only thing I passed was dark chocolate (thankfully!). Although I was disappointed to learn of the severity of my allergies, I was grateful to know the truth as I may have been well on way towards Celiac disease. Using this information I further modified my diet, in time achieving even better health results.

My interest in the field continued, and out of need I came upon the concept of starting a store, which to me was the big missing piece in the practical implementation of going paleo. I studied to become a Certified Healing Foods Specialist (where I received a strong foundation in cultured foods), and used my past experience and new knowledge to develop our ingredients policy and choose products for our store.

I am so grateful to have finally discovered the lifestyle that I am sure is the ultimate health plan most suited for the human body. I’ve learned so much already on my journey, and I look forward to continue learning more in order to serve the public interest and make Wild Mountain Paleo Market the best real foods store possible.

Yours in good health, 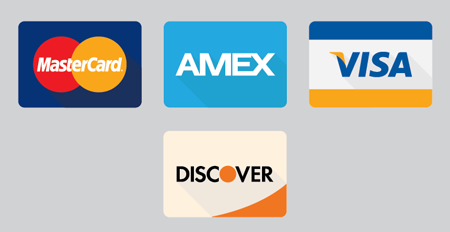